You are viewing an old version of this page. View the current version.

This new version is a major release which includes a ton of new features, bug fixes and improvements big and small! The most notable ones are listed below.

Please bring back the thousands separator on the Complexity page

As an admin, I can modify the predefined values for complexity weights and reset them back to default

ApplicationInsights provides access to its extensive data warehouse through industry standard API's by using panagenda's DataMiner solution. This interface allows tools like Excel as well as business intelligence solutions such as Tableau or Power BI not only read the data, but integrate them on a continuous basis. In this new version the integration with DataMiner has been intensified yet again. Not only is accessible directly from within the ApplicationInsight's user interface, but the service will now be installed automatically when upgrading and additional data sources have been made available to DataMiner. 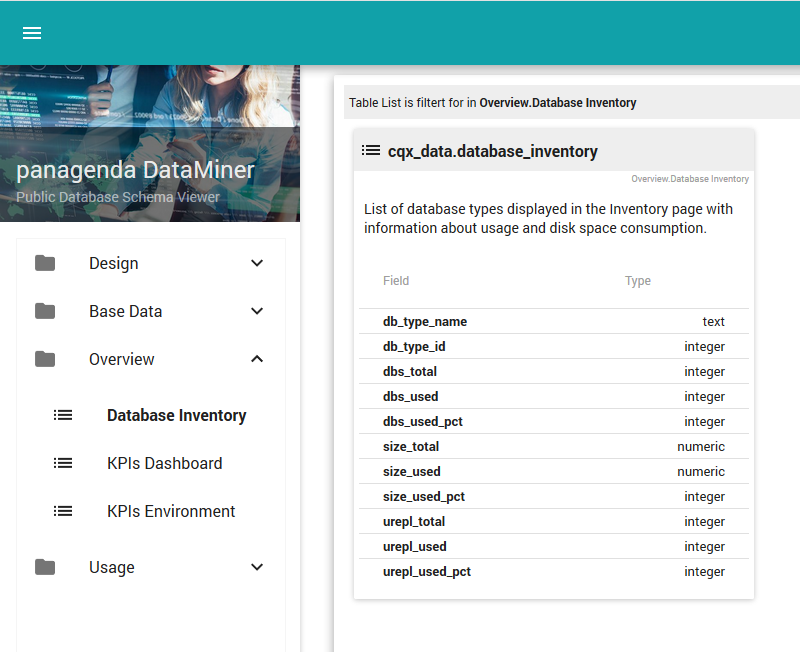 panagenda prides itself on listening to their customers and partners. This brilliant group of people speaks many different languages and hails from all over the world. Thus, we are proud to introduce a multilingual user interface with this new version. 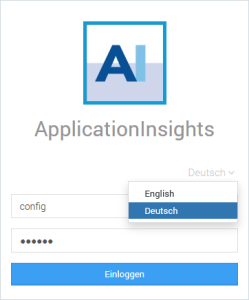 The first additional language available will be German, since panagenda is headquartered Austria and Germany. An additional four or five languages are planned to be added later this year. Among those will be European and Asian languages. Follow the panagenda blog for more details on this topic!

Database Catalog: the list of DB instances has been redesigned and now utilizes and interactive ag-grid component. This brings a lot of usability improvements with it. Among others client-side filtering, which in turn removes paging.

Data Retention: a configuration option has been introduced that allows periodic cleanup of already processed historical raw data. This purging of raw data does not affect the historical data used for displaying the user interface.

Design Collection: it is now possible to specify that re-collecting of database design should not happen immediately after a change was detected. Options are available to re-scan weekly, monthly or at a custom schedule.

Design Collection: design of template candidates (both custom and IBM standard) are now being scanned automatically for complexity and similarity calculation purposes. Templates categorized as System Database do not count against the amount of licensed databases. While great care has been taken that very similar templates are not scanned multiple times, this will slightly increase the overall number of DBs processed.

Design Collection: a re-prioritization in collection and scanning of database design has been performed, to ensure the most relevant data is available as quickly as possible.

Design Insights: in close cooperation with the IBM Domino Applications on Cloud (DAC) team, a new rule-set has been created that will support customers who are evaluating DAC's brilliant SaaS offerings.

Overall Design: the header menu bar has been improved for simplicity, responsiveness and to give an entry point to reach some of the new functionality introduced in this version.

Server Overview: the list of servers in scope of AI is now available in the user interface. Information can be found collection status, OS as well as platform details and many more. This new component also allows exporting to CSV or Excel.

System Notifications: the system will now send email notifications for system critical events like license expiry, disk utilization or collection status. After setting up the new version, the administrator will be prompted to create an SMTP profile.

Design Collection: an issue has been resolved that prevented embedded Java files from being analyzed.

Design Collection: an bug was fixed that could in rare situations lead stack overflow during design parsing.

Insights: an issue has been resolved where rare combinations of regular expressions would not be evaluated correctly.

Insights: a bug was fixed that would allow the creation of Insights with the same name by cloning multiple times.

Insights: the nightly calculation of Insights matches has been reworked so it does not process disabled entries.

Responsiveness: responsiveness has been optimized on several pages, including the Status Dashboard.

View Design: a bug was fixed that lead to view design not being analyzed properly in certain situations.

This version of ApplicationInsights brings wide-ranging improvements in performance and usability. Various changes in the data warehouse structure were necessary to make that possible. After installing the update, the application will not be usable until the DWH is rebuilt. This process runs nightly, but can be triggered manually after the update.

We are proud to introduce the ApplicationInsights knowledge base! In it you will find documentation, technical articles, release notes and downloads around the solution.